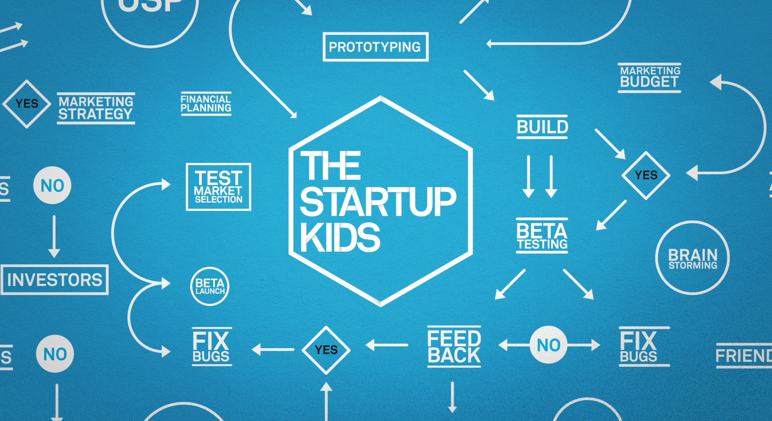 Need a little inspiration?
A new way of looking at things?
A breath of fresh air?
Advice? Guidance?

Any one of these 11 films will do the trick.

In no particular order (because they are all brilliant.)

Candyman is the amazing story of the candy inventor from LA who in 1976 had a billion-dollar brainwave and invented the Jelly Belly bean, the small, colourful beans that came in many bizarrely realistic flavours and were a radical, pioneering new sugary product that took the world by storm.

Few men have changed our everyday world of work, leisure and human communication in the way that Steve Jobs, Apple’s former CEO, has done. Steve Jobs – One Last Thing not only examines how his talent, style and imagination have shaped all of our lives, but the influences that shaped and molded the man himself.

Jiro Dreams of Sushi is the story of 85-year-old Jiro Ono, considered by many to be the world’s greatest sushi chef. He is the proprietor of Sukiyabashi Jiro, a 10-seat, sushi-only restaurant inauspiciously located in a Tokyo subway station. The film is a thoughtful and elegant meditation on work, family, and the art of perfection, chronicling Jiro’s life as both an unparalleled success in the culinary world and as a loving yet complicated father.

Kaleil Isaza Tuzman and Tom Herman had a dream since they became friends at age fifteen: get rich by developing their own dot com company. Now in their late twenties, they have now come up with the idea they believe will make their riches, namely as Tom refers to it, “parking tickets”: the company will be the on-line revenue collection interface for municipal governments. This film traces the birth and failure of the new media company govWorks.com.

How do we fully engage organizations to think about the changing landscape of business, culture and society? Inspired by design thinking, this documentary grabs businessman, designers, social change-makers and individuals to portrait what they have in common when facing this ambiguous 21st century.

Objectified is about our complex relationship with manufactured objects and, by extension, the people who design them. It’s a look at the creativity at work behind everything from toothbrushes to tech gadgets. It’s about the designers who re-examine, re-evaluate and re-invent our manufactured environment on a daily basis. It’s about personal expression, identity, consumerism, and sustainability.

Indie Game: The Movie is the first feature documentary film about making video games. It looks specifically at the underdogs of the video game industry, indie game developers, who sacrifice money, health and sanity to realize their lifelong dreams of sharing their visions with the world.

Currently Available on: Netflix, Steam, iTunes, Amazon Instant and a host of other options.

The Startup Kids is a documentary about young web entrepreneurs in the U.S. and Europe. It contains interviews with the founders of Vimeo, Soundcloud, Kiip, InDinero, Dropbox, Foodspotting and many others who talk about how they started their company and their lives as an entrepreneur. The movie is made by two Icelandic entrepreneurs, Vala Halldorsdottir and Sesselja Vilhjalmsdottir, who founded their first company shortly after the economic collapse of Iceland and wanted to motivate other young people to become entrepreneurs.

Currently Available on: iTunes and Amazon.

Something Ventured tells the story of the creation of an industry that went on to become the single greatest engine of innovation and economic growth in the 20th century. It is told by the visionary risk-takers who dared to make it happen…Tom Perkins, Don Valentine, Arthur Rock, Dick Kramlich and others. The film also includes some of our finest entrepreneurs sharing how they worked with these venture capitalists to grow world-class companies like Intel, Apple, Cisco, Atari, Genentech, Tandem and others.

This documentary chronicles the life and controversial ideas of luminary Ray Kurzweil. For more than three decades, inventor, futurist, and New York Times best-selling author Ray Kurzweil has been one of the most respected and provocative advocates of the role of technology in our future. Called the “restless genius” by The Wall Street Journal and “the ultimate thinking machine” by Forbes magazine, Kurzweil was selected as one of the top entrepreneurs by Inc. magazine, which described him as the “rightful heir to Thomas Edison.”

A no holds barred exploration of the U.S. beer industry that ultimately reveals the truth behind the label of your favorite beer. Told from an insider’s perspective, the film goes behind the scenes of the daily battles and all out wars that dominate one of America’s favorite industries. Beer Wars begins as the corporate behemoths are being challenged by small, independent brewers who are shunning the status quo and creating innovative new beers.

Have an Entrepreneurial focused doc you love? Share it in the comments.