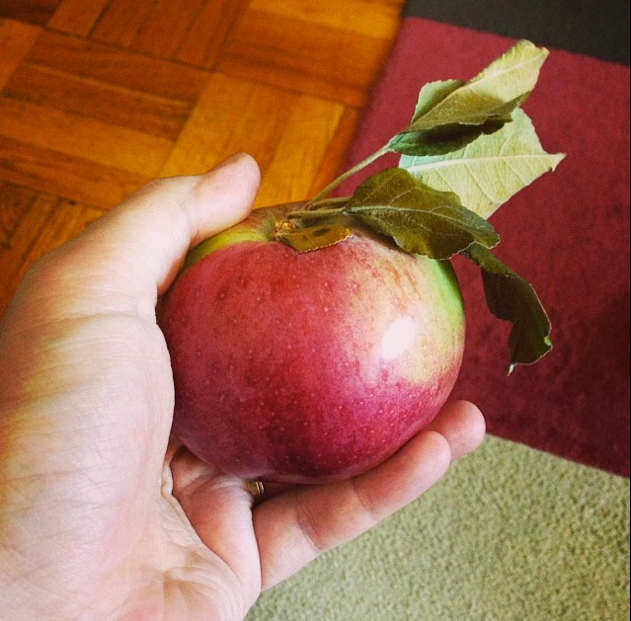 If you came to this post to find films to visually gorge on food, stop reading now.

An amazing film that examines the profound claim that most, if not all, of the degenerative diseases that afflict us can be controlled, or even reversed, by rejecting our present menu of animal-based and processed foods. The major storyline in the film traces the personal journeys of a pair of pioneering yet under-appreciated researchers, Dr. T. Colin Campbell and Dr. Caldwell Esselstyn.

Hungry for Change exposes shocking secrets that the diet, weight loss and food industry don’t want you to know about; strategies designed to keep you coming back for more. Find out what’s keeping you from having the body and health you deserve and how to escape the diet trap forever.

Featuring interviews with best selling health authors and leading medical experts plus real life transformational stories with those who know what it’s like to be sick and overweight. Learn from those who have been there before and continue your health journey today.

100 pounds overweight, loaded up on steroids and suffering from a debilitating autoimmune disease, Joe Cross is at the end of his rope and the end of his hope. In the mirror he saw a 310lb man whose gut was bigger than a beach ball and a path laid out before him that wouldn’t end well— with one foot already in the grave, the other wasn’t far behind. Fat, Sick & Nearly Dead is an inspiring film that chronicles Joe’s personal mission to regain his health. (Disclosure: I work for Reboot with Joe)

Where to watch: Reboot with Joe, Netflix, YouTube, Hulu, Amazon Instant and DVD.

In Food, Inc., filmmaker Robert Kenner lifts the veil on our nation’s food industry, exposing the highly mechanized underbelly that’s been hidden from the American consumer with the consent of our government’s regulatory agencies, USDA and FDA. Our nation’s food supply is now controlled by a handful of corporations that often put profit ahead of consumer health, the livelihood of the American farmer, the safety of workers and our own environment.

Featuring interviews with such experts as Eric Schlosser (“Fast Food Nation”), Michael Pollan (“The Omnivore’s Dilemma”) along with forward thinking social entrepreneurs like Stonyfield Farms’ Gary Hirschberg and Polyface Farms’ Joel Salatin, Food, Inc. reveals surprising — and often shocking truths — about what we eat, how it’s produced, who we have become as a nation and where we are going from here.

King Corn is a feature documentary about two friends, one acre of corn, and the subsidized crop that drives our fast-food nation. In the film, Ian Cheney and Curt Ellis, best friends from college on the east coast, move to the heartland to learn where their food comes from. With the help of friendly neighbors, genetically modified seeds, and powerful herbicides, they plant and grow a bumper crop of America’s most-productive, most-subsidized grain on one acre of Iowa soil. But when they try to follow their pile of corn into the food system, what they find raises troubling questions about how we eat—and how we farm.

Crazy Sexy Cancer is the personal video diary of Kris Carr, a young actress, photographer, and filmmaker. Carr’s struggle with cancer begins after a visit to the doctor, following a particularly difficult yoga class. Initially thinking it was a yoga-related injury, Carr is devastated to learn she has a rare form of cancer, epithelioid hemangioendothelioma (EHE). Despite its rarity, Carr is told that her tumors are not behaving aggressively, and so her doctor advises that she “watch and wait” for two months before having more tests to determine whether the tumors change, grow, or remain the same. Despite the grim prognosis, Carr refused to accept her sickness as an end to her life, and set out to explore alternative methods with which to fight her cancer. After her doctor recommends she start taking care of her body with diet and exercise, Carr is determined to “take that crumb and turn it into a cake.” Her first stop out of the doctor’s office is a shopping trip to the organic grocer Whole Foods. Her careful and precise monitoring of her food intake allows her a sense of control which she finds comforting.

Part sociological experiment and part adventure comedy, Vegucated follows three meat- and cheese-loving New Yorkers who agree to adopt a vegan diet for six weeks. Lured by tales of weight lost and health regained, they begin to uncover the hidden sides of animal agriculture that make them wonder whether solutions offered in films like Food, Inc. go far enough. This entertaining documentary showcases the rapid and at times comedic evolution of three people who discover they can change the world one bite at a time.

A look at man’s relationship with Dirt. Dirt and humans couldn’t be closer. We started our journey together as stardust, swirled by cosmic forces into our galaxy, solar system, and planet. We are made of the same stuff. Four billion years of evolution created dirt as the living source of all life on Earth including humans. Dirt has given us food, shelter, fuel, medicine, ceramics, flowers, cosmetics and color –everything needed for our survival. While this film is not solely about “food”, the relationship between our dirt and our food is a strong one.

Where to watch: YouTube, Hulu, iTunes, Amazon Instant and DVD.

When we walk into a supermarket, we assume that we have the widest possible choice of healthy foods. But in fact, over the course of the 20th century, our food system was co-opted by corporate forces whose interests do not lie in providing the public with fresh, healthy, sustainably-produced food. This film takes a fascinating look at how American agricultural policy and food culture developed in the 20th century, and how the California food movement rebelled against big agribusiness to launch the local organic food movement.

“Let Thy Food Be Thy Medicine, And Thy Medicine Be Thy Food.” – Hippocrates. That is the message from the founding father of modern medicine echoed in this documentary film. ‘Food Matters’ is a hard hitting, fast paced look at our current state of health.

Where to watch: Netflix, iTunes, Amazon Instant and DVD.

Edible City is a fun, fast-paced, feature-length documentary journey through the local Good Food movement that’s taking root in the San Francisco Bay Area, across the nation and around the world.

Documenting a broad spectrum of activists, organizations and inspired citizens. Edible City shows how everyone can get involved in transforming our food system.

Where to watch: VHX or Vimeo.

This film explores the systematic corporate takeover and potential loss of humanity’s most precious and ancient inheritance: seeds. Director Jeremy Seifert investigates how loss of seed diversity and corresponding laboratory assisted genetic alteration of food affects his young children, the health of our planet, and freedom of choice everywhere. GMO OMG follows one family’s struggle to live and eat without participating in an unhealthy, unjust, and destructive food system. In GMO OMG, the encroaching darkness of unknown health and environmental risks, chemical toxins, and food monopoly meets with the light of a growing global movement to take back what we have lost.

Where to watch: Pre-Order the DVD

Have a favorite not listed here? Let me know in the comments.