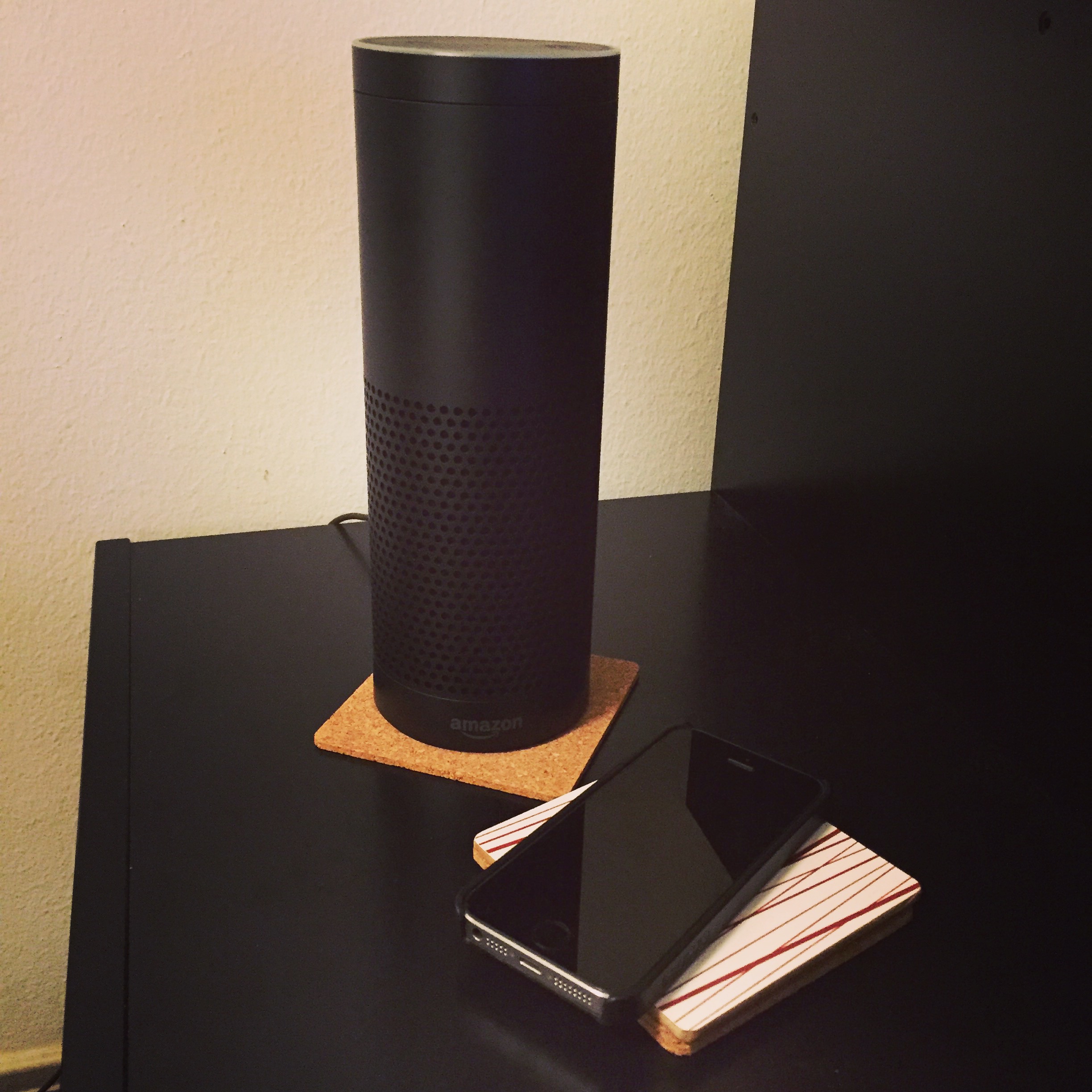 Alexa the brain behind the recently launched

Amazon Echo is getting a lot of press these days and for good reason. When Apple launched Siri in 2011, it seemed as though Siri was the going to be the future. She was going to be that digital assistant you had always longed for… instantly responding to every one of your requests right there on your phone.

Fast forward 5 years later to 2016, and as much as I love Apple, Siri feels like a dud that is not going anywhere fast. More often I encounter “frustration” when I use Siri and not “delight” and apart from the occasional chuckle from a newly found easter egg, I rarely use the feature anymore.

Alexa, she’s different, “it’s” won over my heart. (yes it’s still weird for me to say “she” in reference to a piece of hardware/software)

Here are 7 reasons why:

responds in just a fraction of the time it takes Siri to talk to you, that speed makes a difference. Alexa’s quick responses makes the experience feel more natural, and because I get answers quickly, I use it more often.

After 5 years Siri still only understands my commands about half the time, and when it does, I feel as though I am tapping my foot waiting for a response. Because of that – I have to speak to Siri slower more clearly and more deliberately. With Alexa, nine times out of ten it understands damn near everything I say, and when it doesn’t it’s usually because I am using a really uncommon word or making an irregular or currently unsupported request.

Want to use Siri? You better be in a quiet room all by yourself. With Alexa I can literally have my 60-inch TV on one side of the room and the Amazon Echo on the other side of the room 10 feet away, have my TV volume up, give Alexa a command from 20 feet away and it still picks up my request.

My Amazon Echo sits on a table, visible to everyone in the house, that simple fact reminds me to use Alexa. While “yes” I can say “Hey Siri” – my phone needs to be plugged in and most often my phone is either on a table or in my pocket and far enough away that if I say “Hey Siri” it’s not going to register. Siri is also “on my phone” I don’t let my four year run up to my phone to mess with Siri – but I do let her run up to the Amazon Echo and say “Alexa – what’s the weather” in her cute 4 year old voice that Alexa understands clearly (surprisingly and unlike Siri). Alexa can be and is being used by the whole “home” and not just me. (Note: I do have an Apple TV with Siri – it’s just not that useful there.)

While yes Siri can do more, so much of Siri’s interactions are somewhat “screen dependent.” If I ask Siri “what’s the latest news” – Siri will run the query and display it “on the screen” of my device(s) – the audio is simply present to affirmatively respond that the request has been processed. If you make that same request of Alexa you are going to get an auditory response (typically a NPR news brief) – there is nothing additional you have to look at.

6. It appears to be being developed at break-neck speed.

The Amazon Echo improves every week adding new features and skills I can use immediately. Amazon sends Echo customers an email detailing the changes made and most of them revolve around Alexa and her capabilities almost every week. While “yes” Siri can “do” so much more today – the process of doing any one of those things leaves a lot to be desired, and it’s not clear to me Siri is getting any better. Amazon Echo software is updated all the time… Siri improvements/enhancements seem to only come with a new release of iOS and those are few and far between.

7. Alexa can order me Pizza.

(this last one is just for giggles – but does strike on an important point.)

Alexa is “practical” in its application. It delivers tangible and physical “results” (that makes a lot of sense when you think about it: the Echo was developed by a company that has built itself selling physical goods and delivering them faster and cheaper than anyone else in the market). Today I can order pizza from Domino’s easily (as well as other goods from Amazon) from a single and simple voice command – you know what I can buy with Siri with “one” command after 5 years of being out in the market – stuff in the iTunes store, and that’s about it.

Do you own an Amazon Echo? Do you love it? hate it? want to know more about it? Let me know in the comments!