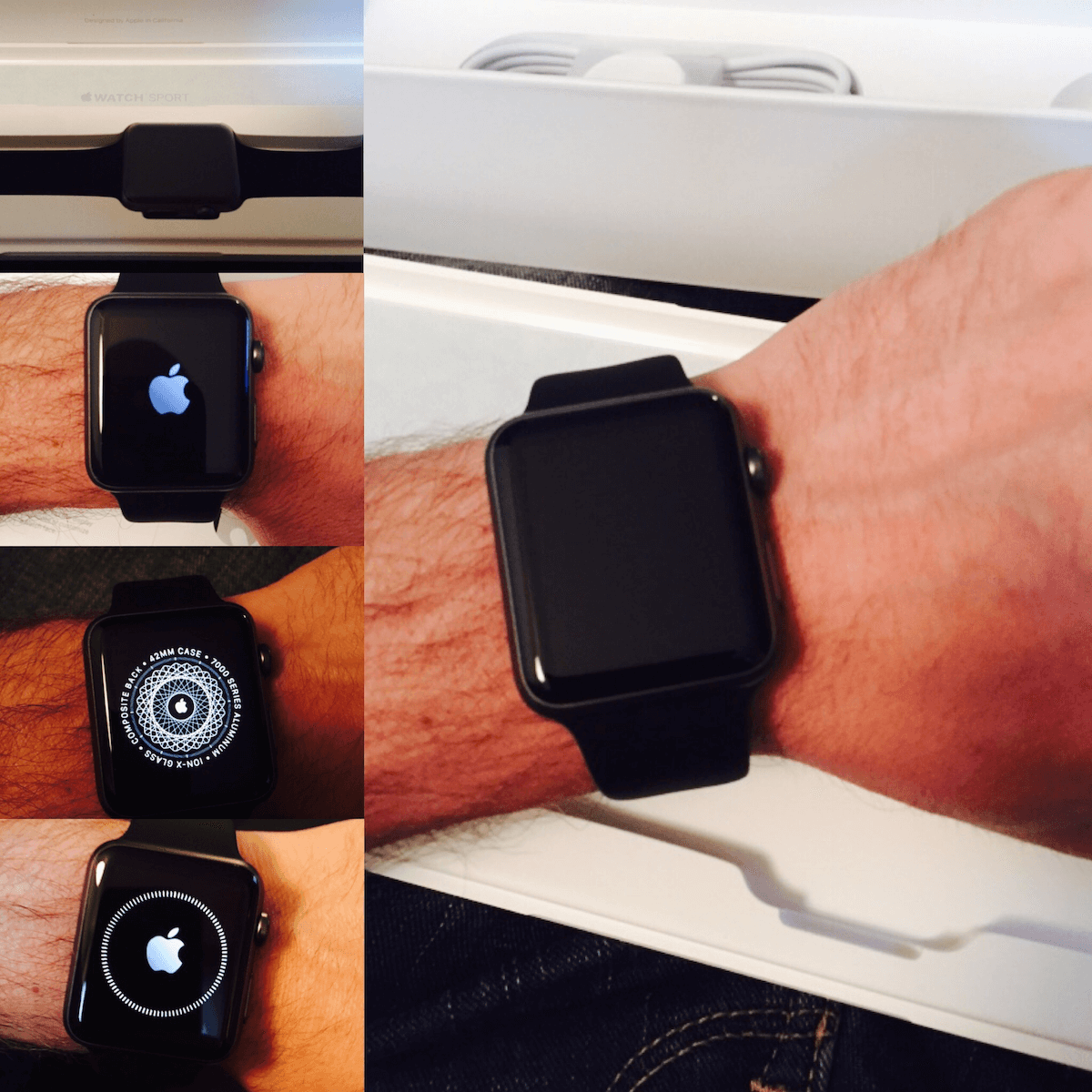 After Tim Cook demoed the Apple Watch at Apple’s Spring Forward event I was immediately drawn to purchasing the device. “Finally! An Apple product that will help me ditch all the other “smart” wearables I’ve been using over the last few years” I thought to myself. 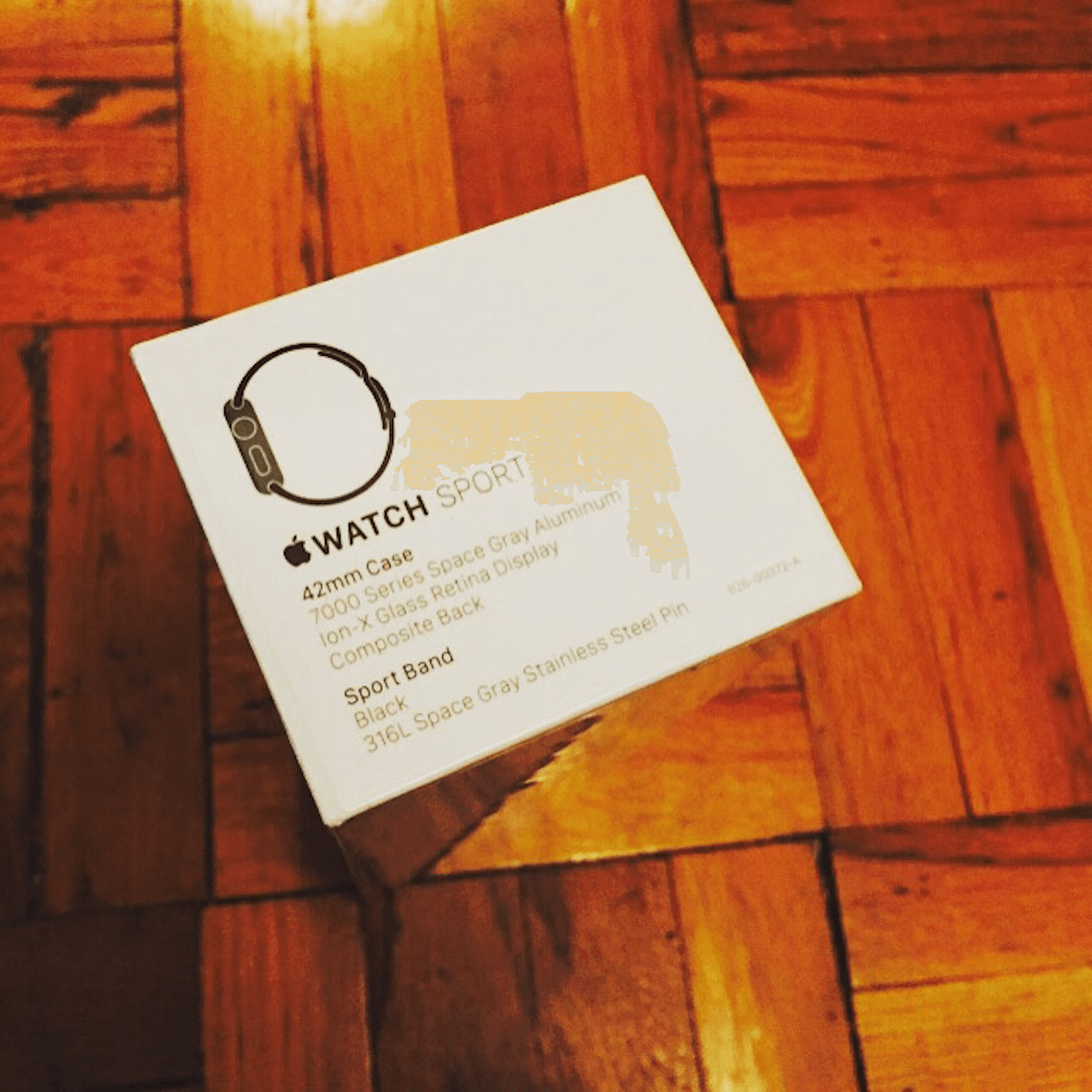 Just over a month ago my new gadget finally arrived at my doorstep. I had ordered the watch the day it was first available for sale.

BUT I will admit… as soon as I got an estimated shipping date… the watch showed up ahead of my original 8-16 week shipping window given to me.

(I still believe this was one of the poorest product launches by Apple for a bunch of reasons that I won’t go into here.)

I opted for the 42mm Apple Watch Sport in Space Gray with the Black Sport Band. It’s not the watch I really “wanted” BUT I was not prepared to dump $1,500+ on a first gen Apple Watch, and am completely content with my decision.

As is the norm that watch was beautifully packaged.

Getting started was “simply” (#sarcasm) a matter of turning the device on, waiting for it to load (which takes quite some time) and then pairing it to my phone using the Apple Watch app. Sounds easy… and for the most part is, but it was time consuming. Note: My first pairing failed.

Once paired successfully I was immediately notified of an OS update for the Watch, so ran the update, before proceeding further. A good 45 minutes had passed since my original unboxing and I thought to myself…. “damn, this is nothing like any other Apple product I’ve purchased.” (and not in a good way.) 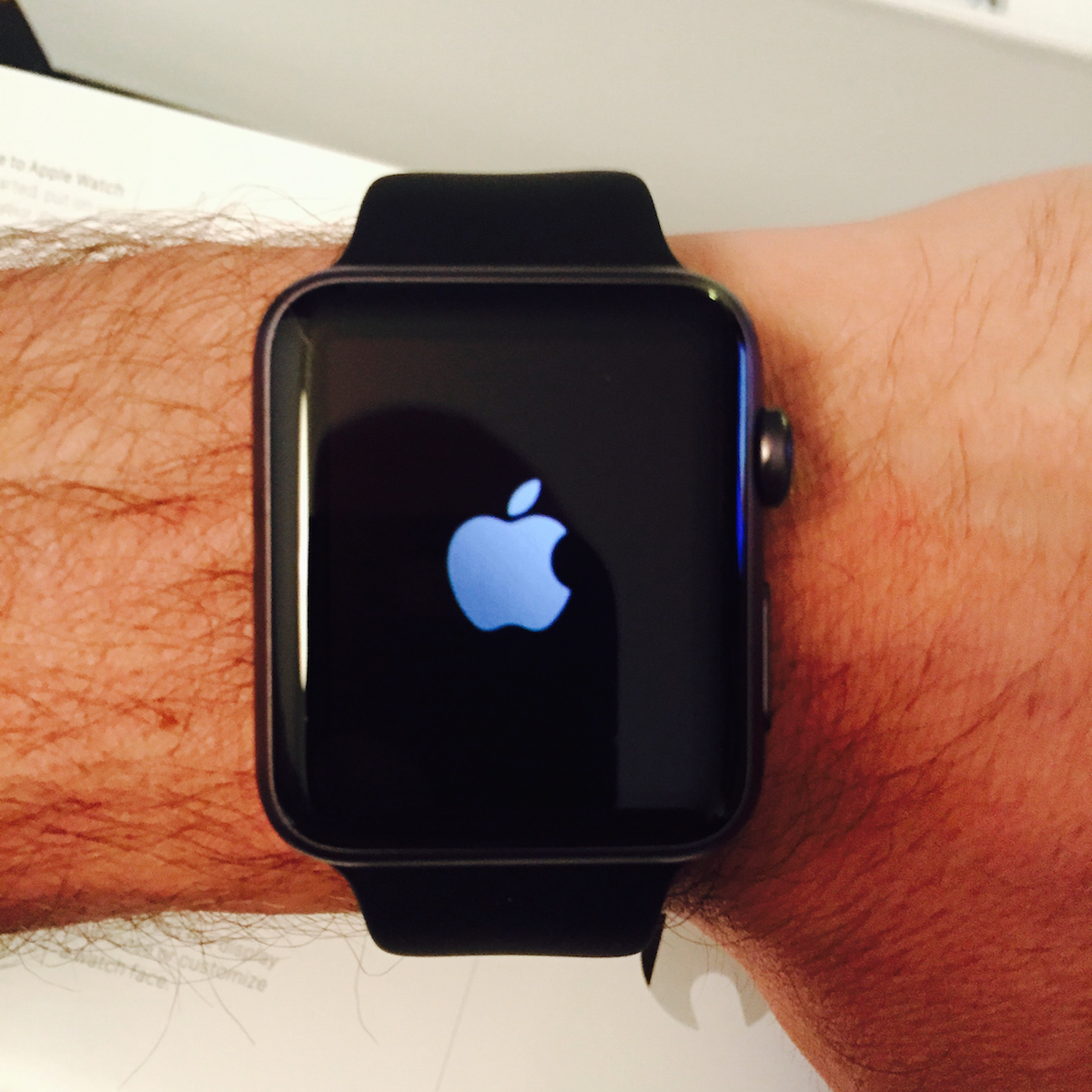 From there I moved on to installing apps… and admittedly I went app crazy at first (more on this later) selecting any app that made sense to have on my watch, or any app I wanted to play around with that I had read about in press etc. after another ~20 minutes I started thinking to myself again… “damn, this is nothing like any other Apple product I’ve purchased.” (why is this taking so long? I just want to use my watch.)

Getting the Apple Watch all setup and ready to use turned out to be the steepest learning curve of any Apple product I have ever purchased… After time I have grown to love the interface (in love with it for the “most part.”)

As a first time user it’s not intuitive at all… nothing is obvious with the UI… and everything has it’s little quirks (tip: use every Apple walkthrough video you can find). Most of the watch’s functionality is tied to your phone, which is a smart move on Apple’s part as it means you can leverage the combined power of both the iPhone + Watch.

A month in my thoughts:

The iPhone and the Watch are very complimentary to each other, the Watch being a natural extension of your phone. Many of the Watch apps are basic, but that’s the beauty of the device… it is not… I repeat… NOT supposed to be a smaller phone strapped to your wrist (as many may expect.) Rather it’s a device that helps you keep that phone in your pocket vs. stuck in a death grip in your hand, along with features your phone may not have.

It’s taken me some time to get used to “talking” to the Watch to place calls, respond to messages ask Siri questions. “Yes” it does feel like being Dick Tracy… 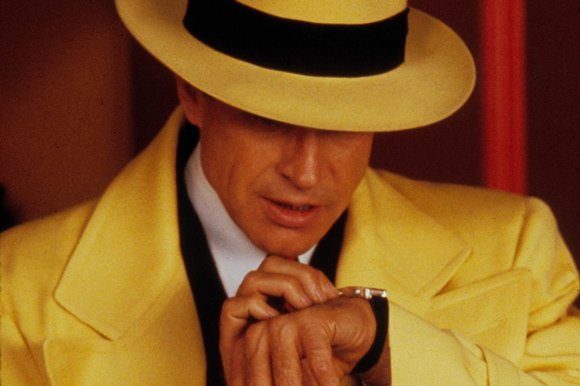 but for me at least initially… as soon as I realized that… I would get self conscious and think of what others that saw me would be thinking.

That said: now that I have gotten used to talking to the Watch… it’s become that much more useful of a device to me.

One thing I’ve realized in the time frame I’ve been using the watch is that I get A LOT of notifications throughout the day… In the past, those notifications would trigger a reach for my phone, but no longer… Now those reaches for the phone have turned into quick glances at my wrist and it’s forced me to focus and act only on notifications of import. I’ve now become very conditioned to checking my wrist the second I get an alert vs. my phone.

Third-Party apps for the Watch are slow for the most part… and for now… I try to avoid them. As mentioned above, when I first got the watch I went app crazy… the result: the first day I wore my watch the battery lasted 5 hours. That left me slightly irritated and wondering if I just dumped a nice chunk of cash on a device that’s strapped to your wrist but now needs to me charged multiple times a day… Thankfully that’s not the case.

As I removed apps I realized much of the battery issues I ran into were a direct result of third-party apps I had installed, and further: that perhaps the lack of power management experience/expertise of developers of these apps on this new OS and device was more my ire and better target of frustration.

Now with some learning a month in, and with the few third-party apps I do use regularly … I typically see battery life between 14-18 hours, that’s more than enough to last the day (and if not, the battery does charge up relatively quickly.)

My phone’s battery life has also been somewhat reduced now with the watch connected to it 24/7 via Bluetooth.